Given the significant and growing role of the standardisation in the telecommunications and electricity network, it is critical that the main standardisation bodies and available standards are identified and examined. Substantial amount of research, development, and innovation activities have taken place in the smart grid landscape. A number of authorities have taken a leadership in the process of standards review, development and modifications.

This deliverable presents the results of the standards assessment and identifies relevant standards based on the Mas2tering use cases as well as provides recommendations for combining them in the project. The set of telecom and energy standards is identified based on existing smart grid systems, Smart Grid Conceptual Model, Grid Architecture Model (SGAM) Framework and various reports published by the standardisation authorities (mainly CEN-CENELEC-ETSI Smart Grid Coordination Group).

Use Case 2: Decentralised energy management in a local area with Multi-Agents,

The work in this deliverable is aligned with the international standardisation procedures and activities in the smart grid including the work required by the European Commission’s mandate M/490.

In addition to the standards suitability, a number of equally important aspects have been discussed in the standards evaluation including problems, benefits, usability, interoperability and security. As a result of the evaluation, it has been decided that many of the standards will be useful in the project including FIPA-ACL, IEC 61850, CIM (IEC 61968/61970/62325), OpenADR, ZigBee, IEC 62351, IEEE PC37.240, IEEE 2030, IEEE 1250 and GS OSG 001.

This deliverable also provides brief recommendations regarding the combination and improvement of available telecom and energy standards such as IEEE PC37.240, IEC 62351 (for cybersecurity), CIM (for software and data model design), and IEEE 2030 standard (for interoperability) are briefly discussed in this document.

Importantly, gaps still exist in communication standards, protocols, and technologies particularly in relation to interoperability and security of communication systems, despite of the significant work being carried out by the standardisation organisations worldwide.

An overview of the main International and European standardisation authorities and their standards within the scope of telecom and energy grids is provided in ‎Annex A. The section summarizes directives developed by the International Organization for Standardization (ISO) and the International Electrotechnical Committee (IEC) as well as lists a selection of standards in the field recommended by IEC. A number of important telecom and smart grid standards are described based on their recommendation by:

·        the Institute of Electrical and Electronics Engineers (IEEE),

·        the National Institute of Standards and Technology (NIST),

·        the Union of the Electricity Industry- Eurelectric (EURELECTRIC),

The standards are categorized into six sets for easier understanding of their area of application and usefulness. However, this categorization does not mean that each standard falls exclusively under the specific category as overlaps exist in the scope of the standards. Standards focusing only on security are covered in D4.1.

This section is presenting results and a summary of findings including mapping of standards/technologies to the Mas2tering Use Cases and to the seven layers of the OSI Model. Additionally, a brief overview of recommendations outlined in section 4 is given at the end of the section. The main focus of deliverable D5.2 has been on selection, evaluation, and recommendation of telecommunication and smart energy standards for the project. Special attention has been given to identifying gaps in the evaluated standards and proposing possible future enhancements.

A final list of standards with a clear identification of their use case based relevance for the project is contained in Table 13. The key words “High”, “Medium”, “Low” and “None” used in the table below are to be interpreted as follows:

–        “High” means that standard is highly relevant to the specific use case.

–        “Medium” means that standard is moderately relevant to the specific use case.

–        “Low” means that standard has low relevance to the specific use case.

–        “None” means that standard is not relevant to the specific use case.

Table 13 Relevance of evaluated standards, protocols, and technologies to Mas2tering use cases

Mapping of the important telecommunication and energy standards, protocols, and technologies to the seven layer OSI model is shown in Figure 1. 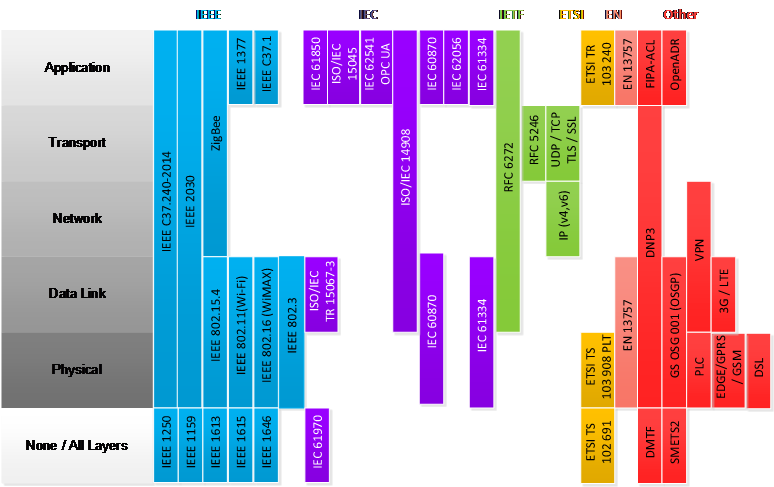 Figure 1 – Mapping of standards, protocols, and technologies to OSI model

Finally, the following is a summary of recommendations based on the detailed analysis of standards:

In summary, some of the standards have wider scopes e.g. applicable to substations cf. domestic meters etc., while some have specific and desirable technical features. In this context a further refinement of standards selection will be required in subsequent stages of the project.